Currently I work on Middle Bengali literature and am preparing my translation of Rupram Chakravarty’s 17th-century Middle Bengali epic, the Dharmamaṅgala, for translation with Oxford University Press. This is a wonderful multi-generational tale of adventure in eastern India that gives us a sense of how ordinary people – not just those at the top of the social hierarchy – lived and thought about their lives. The project has allowed me to work with scholars from around the world at the annual Middle Bengali Reading Retreats, which I help organize and where I lead several reading sessions on the Dharmaṅgala. Eventually I hope to return to my project on sectarian Sanskrit grammars. Scholars in various religious traditions around South Asia developed such grammars, often modelled on Panini's masterful work but using sectarian tropes to illustrate each grammatical issue raised. Like the hagiographies, these grammars were intended not just to instruct, but to serve definite political purposes. In this project I am studying the grammar Jiva Gosvami developed for Bengali Vaishnava scholars.

My first body of research centered on the Bengali Vaishnava community of northeastern India. In Reconstructing Tradition: Advaita Acarya and Gaudiya Vaisnavism at the Cusp of the Twentieth Century (Columbia University Press, 2005), I explored the use of the hagiographical corpus treating Advaita Acharya, one of the early leaders of Bengali Vaishnavism, and in my second book, The Fading Light of Advaita Acarya (Oxford University Press, 2011), I translated three of these hagiographies . My work to ensure the preservation of the Sukumar Sen manuscript collection grew out of that research. Sukumar Sen, perhaps this century's leading scholar of Bengali literature, and the individual most responsible for the spread of interest in that literature outside of the region, amassed an impressive manuscript collection during his lifetime. Our preserving his collection in toto now allows scholars a glimpse of what, in the eyes of that prominent scholar, constitutes Bengali literature. I've produced a catalogue of the collection (Resources for Scholarship on Asia, published by the Association for Asian Studies, Inc., 2006), and the IU library now owns one copy of the microfilm of the manuscripts.

I teach courses in Sanskrit, women in South Asian religious traditions, religion in South Asian cinema, and literatures of India in translation. 50% of my appointment is in the Dhar India Studies Program, and I am an adjunct member of the Comparative Literature Department. 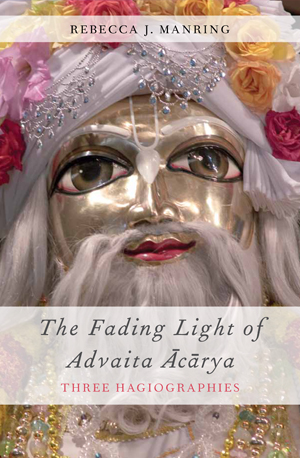 The Fading Light of Advaita Acarya *”Rādhātantram: Rādhā as Guru in the Service of the Great Goddess.” Forthcoming in the International Journal of Hindu Studies.