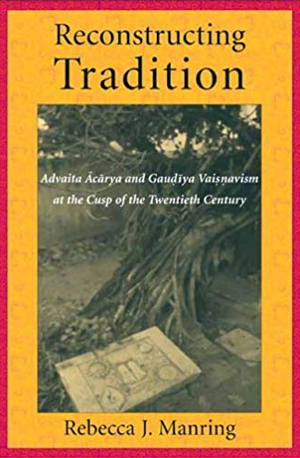 Fabricating Tradition explores the devotional Hindu Krishnaite revival of the 15th and 16th centuries and its persistence into modern times through an examination of one of its principal figures, Advaita Acharya. He was the subject of several texts, and Manring considers all of them in terms of changing historical, social, and sectarian contexts. The movement of which Advaita was a part advocated equal access to salvation by all, regardess of class; yet Advaita himself was a high-class Brahman. "Advaita" itself means "non-dual"; yet the movement was inherently dualistic. These conflicts are brought out in greater or lesser degrees in the various hagiographies and thus raise a number of issues for understanding this movement and Indian religion generally. A major revival of the tradition in the late nineteenth century was a response to polemical attacks by British rulers and Christian missionaries, and the book discusses how a tradition appropriates useful themes and images to recreate itself in a new socio-political climate. The postcolonial implications and changing social and historical contexts of the Advaita texts will make this work the text of choice for Hindu hagiography.