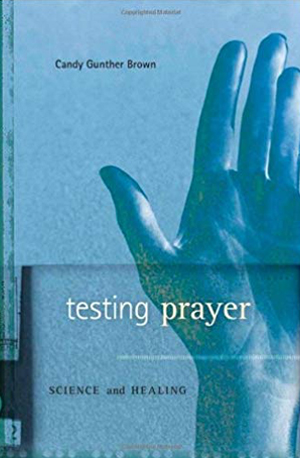 When sickness strikes, people around the world pray for healing. Many of the faithful claim that prayer has cured them of blindness, deafness, and metastasized cancers, and some believe they have been resurrected from the dead. Can, and should, science test such claims? A number of scientists say no, concerned that empirical studies of prayer will be misused to advance religious agendas. And some religious practitioners agree with this restraint, worrying that scientific testing could undermine faith.

In Candy Gunther Brown’s view, science cannot prove prayer’s healing power, but what scientists can and should do is study prayer’s measurable effects on health. If prayer produces benefits, even indirectly (and findings suggest that it does), then more careful attention to prayer practices could impact global health, particularly in places without access to conventional medicine.

Drawing on data from Pentecostal and Charismatic Christians, Brown reverses a number of stereotypes about believers in faith-healing. Among them is the idea that poorer, less educated people are more likely to believe in the healing power of prayer and therefore less likely to see doctors. Brown finds instead that people across socioeconomic backgrounds use prayer alongside conventional medicine rather than as a substitute. Dissecting medical records from before and after prayer, surveys of prayer recipients, prospective clinical trials, and multiyear follow-up observations and interviews, she shows that the widespread perception of prayer’s healing power has demonstrable social effects, and that in some cases those effects produce improvements in health that can be scientifically verified.