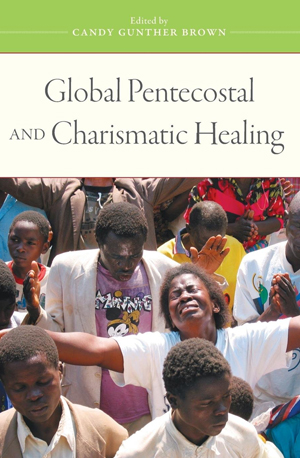 Pentecostal and Charismatic Christianity is a global phenomenon that comprises a quarter of the world's two billion Christians and is growing rapidly. This volume reveals that the primary appeal of pentecostalism worldwide is as a religion of healing. Contrary to popular stereotypes of flamboyant, fraudulent, anti-medical "faith healing" televangelists who preach a materialistic, "health and wealth" gospel, handle serpents, or sensationally "exorcize" demons, this book offers a more nuanced portrait. The collected essays illumine local variations, hybridities, and tensions in practices on six continents, and depict the extent of human suffering and powerlessness experienced by people everywhere and the attractiveness to many of a global religious movement that promises material relief by invoking spiritual resources.

This is the first book of its kind. Achieving the twin goals of thick description and comparative analysis of global practices is best achieved by bringing area experts into conversation. This volume's distinguished, international team of contributors includes sociologists, anthropologists, historians, political scientists, theologians, and religious studies scholars from North America, Europe, and Africa. Read together, these essays set the agenda for a new program of scholarly inquiry into some of the largest forces of change at work in the world today-globalization, pentecostalism, and healing-each of which is extremely powerful in itself and which together are reshaping our world in vastly significant ways.