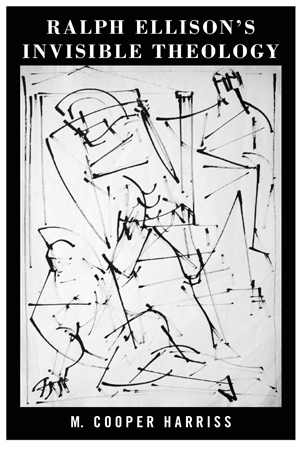 Ralph Ellison’s 1952 novel Invisible Man provides an unforgettable metaphor for what it means to be disregarded in society. While the term “invisibility” has become shorthand for all forms of marginalization, Ellison was primarily concerned with racial identity. M. Cooper Harriss argues that religion, too, remains relatively invisible within discussions of race and seeks to correct this through a close study of Ralph Ellison’s work.

Harriss examines the religious and theological dimensions of Ralph Ellison’s concept of race through his evocative metaphor for the experience of blackness in America, and with an eye to uncovering previously unrecognized religious dynamics in Ellison’s life and work. Blending religious studies and theology, race theory, and fresh readings of African-American culture, Harriss draws on Ellison to create the concept of an “invisible theology,” and uses this concept as a basis for discussing religion and racial identity in contemporary American life.

Ralph Ellison’s Invisible Theology is the first book to focus on Ellison as a religious figure, and on the religious dynamics of his work. Harriss brings to light Ellison’s close friendship with theologian and literary critic Nathan A. Scott, Jr., and places Ellison in context with such legendary religious figures as Reinhold and Richard Niebuhr, Paul Tillich and Martin Luther King, Jr. He argues that historical legacies of invisible theology help us make sense of more recent issues like drone warfare and Clint Eastwood’s empty chair.

Rich and innovative, Ralph Ellison’s Invisible Theology will revolutionize the way we understand Ellison, the intellectual legacies of race, and the study of religion.