I study accounts of the human condition in early and medieval​ China as well as in traditional Hawaiʻi. I am interested in questions about vulnerability, resilience, and how human beings construe relationships with each other and the world we inhabit.

My first book, The Dysfunction of Ritual in Early Confucianism (New York: Oxford University Press, 2012), examines a text called the Liji (The Record of Ritual), which purports to be written by Confucius’ immediate disciples. In the book I analyze the ways in which the authors of the Liji coped with the possibility that their rituals might fail to create an ordered world. In short, I argue that their concern over the dysfunction of ritual did not undermine their confidence in ritual but rather acted as a productive anxiety that created space for innovation and experimentation within their ritual tradition. This work is situated in the larger discourses of ritual studies, religious ethics, and in the growing field of Chinese philosophy.

My second book, The Vulnerability of Integrity in Early Confucian Thought (New York: Oxford University Press, 2017), is about the necessity and value of vulnerability in human experience. In this book, I bring early Chinese texts into dialogue with questions about the ways in which meaningful things are vulnerable to powers beyond our control, and more specifically how relationships with meaningful others might compel tragic actions.

My third book is a translation (co-translated with Naiyi Hsu) of the Da Dai Liji, a text edited in the first century BCE that purports to contain the teachings of Confucius, his disciples, and other important figures in early China on topics such as government, ritual performance, and creating a good society. The translation is complete and under contract with Oxford University Press in the Hsu-Tang Library of Classical Chinese Literature.

I have two current research projects. The first looks at themes of grief and resilience in the work of Tao Yuanming (c. 365 - 427), a Chinese poet and intellectual. Utilizing the study of grief and mourning to talk about the loss of life and other meaningful things, I look at ways in which Tao coped with disappointment and disaffection as he left his post as a government official to farm his homestead. Tao’s life is marked by dashed hopes, melancholy, and a resilient gaiety that inspires his poetry. In the end, I believe that the thought of Tao Yuanming allows for the exploration of what it means to be resilient in a world where one cannot fulfill one’s most righteous desires.

My other research project examines Kanaka (Native Hawaiian) conceptions of what it means to be human. Funded by a New Directions Fellowship with The Mellon Foundation awarded in 2020, this project is in its initial stages. It aims to investigate traditional Kanaka thought on themes such as the self, morality, enjoyment, and connection; or to put it in Kanaka terminology, themes of pono, nanea, pilina, and to literally hoʻokanaka (be human/Hawaiian). 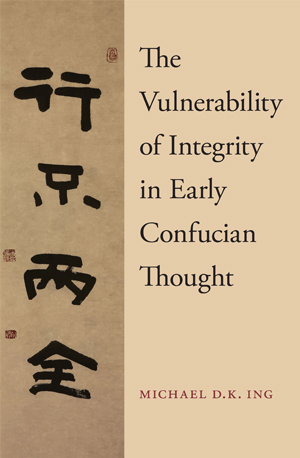 The Vulnerability of Integrity in Early Confucian Thought 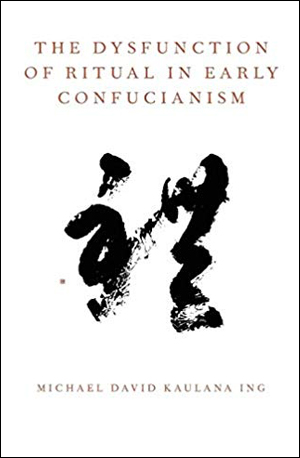 The Dysfunction of Ritual in Early Confucianism

“Hānau ka Pō: The Abyss in Hawaiian Thought.” (Forthcoming in Thinking the Abyss as a Concept for Cultural Theory. Edited by Marko Pajević. Leiden: Brill.)

“Lost in Where We are: Tao Yuanming on the Joy of Forgetting and the Worries of being Forgotten.” (Forthcoming in The Craft of Oblivion: Aspects of Forgetting and Memory in Ancient China. Edited by Albert Galvany. Albany: State University of New York Press.)

“Ka Hulikanaka a me Ka Hoʻokūʻonoʻono: Davida Malo and Richard Armstrong on Being Human and Living Well.” The Journal of World Philosophies 7 (Summer 2022): 81-100.

“The Liji and a Tragic Theory of Ritual.” In All About the Rites: From Canonised Ritual to Ritualised Society, edited by Anne Cheng and Stéphane Feuillas. Paris: Hemispheres Editions, 2022.