In my research, I draw from a wide range of sources—scriptures, diaries, material objects, picturebooks, prayers—to explore how religious dynamics shape everyday life. I am particularly interested in lay religiosity and intersections between visual culture and religion. These concerns play out in two main research trajectories: one focused on the religious history of Japan’s Heian period (794–1185) and another on religious imagery and ethics in modern and contemporary Japanese picturebooks.

My first monograph, Real and Imagined: The Peak of Gold in Heian Japan (2015), explores intersections between both place and text and ritual and politics in laymen’s pilgrimages to a Japanese mountain called Kinpusen (literally, the Peak of Gold). I am also working on a second book on lay religious practice; this is provisionally titled Reverently I Pray: A Social, Literary, and Religious History of Prayer in Early Medieval Japan.

In my work on children’s literature, I explore how characters and values with recognizably religious pedigrees animate the rich body of secular picturebooks produced in Japan since the end of the Pacific War (a.k.a. World War II). In addition to article-length projects on hell, emotion, and representations of the natural world, I am writing a monograph titled The Gods Make You Giggle: Finding Religion in Japanese Picturebooks.

Many of my courses focus on Buddhism and other East Asian religions, but I also teach on religion and popular culture, religion and/as fantasy, and issues of place and landscape. 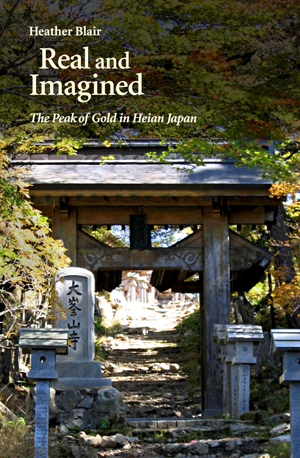 The Peak of Gold in Heian Japan

“When Sad Is Good: Affect among Friends in and out of Japanese Picturebooks.” In Historicizing Emotions: Practices and Objects in India, China, and Japan, edited by Barbara Schuler, 297–326. Leiden: Brill, 2017.

“Mothers of the Buddhas: Scriptural Invention and Reproductive Soteriology in the Sutra on Transforming Women into Buddhas (Tennyo jōbutsukyō).” Monumenta Nipponica, 71, no. 2 (2016): 263–93.