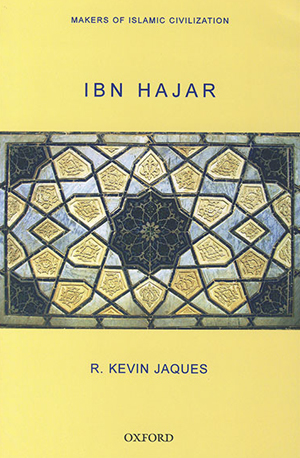 Ibn Hajar al-ʿAsqalani (1372–1449) was one of the most influential thinkers of the 15th century and a prolific scholar, most notably of hadith (Prophetic traditions). Drawing on autobiographical texts and contemporary accounts, Jaques describes the formative events in Ibn Hajar's life—his orphanhood, education, marriages, survival through plague, civil war and foreign invasion, and his strategy for negotiating the political strains that marked the late Mamluk period (ca. 1382–1516). Jaques focuses on the most widely read of Ibn Hajar's works—the commentary on the greatest compilation of hadiths, Sahih al-Bukhari, and his history of the Mamluks—and explains how he drew on the theories, ideas, and aspirations of the preceding centuries of Islamic scholarship to project an enduring solution to the crises of his time. An important strand in the story is how, despite personal suffering and the dangerous intrigues around him, Ibn Hajar rose to prominence as the chief Shafiʿi judge of Egypt.

This book recounts a fascinating life profoundly devoted to, and consoled by, religious learning. It describes the grave personal and professional problems that Ibn Hajar faced: the deaths of most of his children, his own bout with the plague, and the political scheming of the Mamluk court. The book also demonstrates how Ibn Hajar found solace and protection in the Sunna and how he attempted to transform it into a personal and moral guide for Muslim living that took it beyond legal applications. Understanding his work and how he lived his life is of direct relevance to Muslims now witnessing comparable traumas, political upheavals and uncertainties.