Erasmus, Contarini, and the Religious Republic of Letters 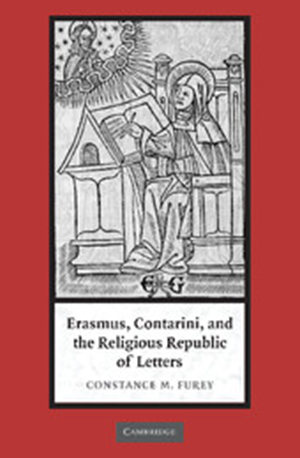 Though the paradigm of modernist progression has been challenged on many fronts, Erasmus and other sixteenth-century figures are still commonly viewed as people who led the transition from a religious Middle Ages to a more godless modern era. Erasmus, Contarini and the Religious Republic of Letters, published in 2005, complicates this transition by analysing a unique realm of spiritualised scholarship that cannot fit easily into any conventional intellectual chronology. By analysing the lives, work, and correspondence of Erasmus, Thomas More, Margaret More Roper, Reginald Pole, Gasparo Contarini, and Vittoria Colonna, this book demonstrates how these Catholic men and women of letters created a distinctive kind of religious community rooted in friendship and spiritualised scholarship. By spanning the too frequently respected gap between humanist reformers in northern and southern Europe, the book uncovers a widespread, if previously less visible, network that exhibited concerns we still grapple with today.