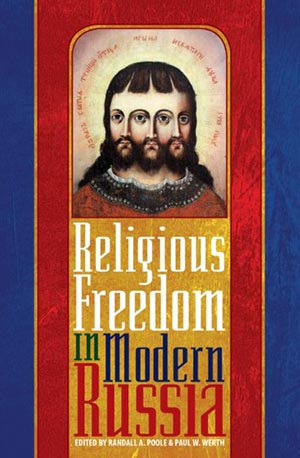 Patrick Lally Michelson, “Freedom of Conscience in the Clerical Imagination of Russian Orthodox Thought, 1801-1865,” in Religious Freedom in Modern Russia.

Despite Russia’s religiously diverse population and the strong connection between the Russian state and the Orthodox Chuch, the problem of religious freedom has been a driving force in the country’s history. This volume gathers leading scholars to provide an extensive exploration of the evolution, experience, and contested meanings of religious freedom in Russia from the early modern period to the present, with a particular focus on the nineteenth century. Addressing different spiritual traditions, clerics and revolutionaries, ideas and lived experience, Religious Freedom in Modern Russia explores the various meanings that religious freedom, toleration, and freedom of conscience had in Russia among nonstate sectors.